I started teaching a new course of Creative Writing this week. I forgot how much I love it. My class last spring didn’t fill and was canceled. At the time, I was busy preparing for a book launch, so I was somewhat relieved.

Driving home after class this week, I was energized. It’s so exciting to work with writers who are just beginning their journey. The possibilities are fresh and exciting.

The knowing nods when we talk about the urgent need to write, reassure me. I’m not the only crazy person in my town who feels this compelling urge to bear witness to all the little oddities in my life and heart. 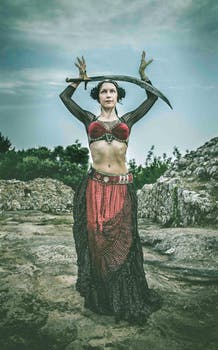 We talked about what we write and why. So many echoed the same sentiment—a voice running through their heads aching to get out on paper. I recognize that insistency. It’s their creative spirit. Everyone has one. That spirit can find its way out in a plethora of ways, but when its left trapped inside, unrecognized and unfed, it can lead to a confused despondency, a sadness borne of a day-after-day sameness. END_OF_DOCUMENT_TOKEN_TO_BE_REPLACED

Cut how many words?

The last few weeks have been a blur of editing. For me, editing is the worst part of being a writer. Also, it’s how you spend half of your time as a writer (the other parts are 10% writing and 40% promoting). Sigh.

I sat down with my current WIP and began slashing. My agent suggested I cut nearly ten thousand words. I was sincere in my effort and after letting go of my initial instinct to fight for every word, I discovered the story was cleaner and clearer once I unloaded 9,000 words.

After weighing every word and questioning every sentence, I was still coming up short. I figured if I could just get rid of another five hundred, I’d be golden. I mean, nearly 10,000 is pretty much 10,000, right?

I couldn’t bring myself to comb through the manuscript again, so I employed my favorite writing tool – the find feature. Now, which words could I cut that wouldn’t affect the story? END_OF_DOCUMENT_TOKEN_TO_BE_REPLACED