This was the first year in five years that I didn’t have a new book released.

(And yes, it does feel kind of surreal to say something like that and yes, I am one lucky writer and no, I am certainly not complaining. My cup and saucer runneth over.)

2019 was a year of growth and pain and frustration for me in terms of writing, and maybe in terms of life, but that’s for another post.

It wasn’t that I wasn’t writing. Oh, I was writing. Working like a little devil. I had a book contract for 100 Dogs & Counting and the manuscript was due December 1 and will be published July 2020, so the work has only just begun.

I’ve kept mum about this year’s other big writing project because it involves a manuscript that has been plagued with repetitive hope and close calls since I first wrote it over seven years ago.

It’s been through two agents and three genres, four point-of-views, and at least a dozen re-writes. I’ve moved the location, tweaked, cut and added storylines, and even changed the name of the main character. Each major redesign felt like the ticket.

Several years ago, it came so close to being acquired by Jacquelyn Mitchard (yes, THE Jacquelyn Mitchard) for Merit, her imprint with Simon &Schuster, that when she couldn’t convince the acquisitions editor to buy it, she wrote me a sweet, heartfelt apology (and then later read and blurbed the front cover of my book, Practicing Normal). 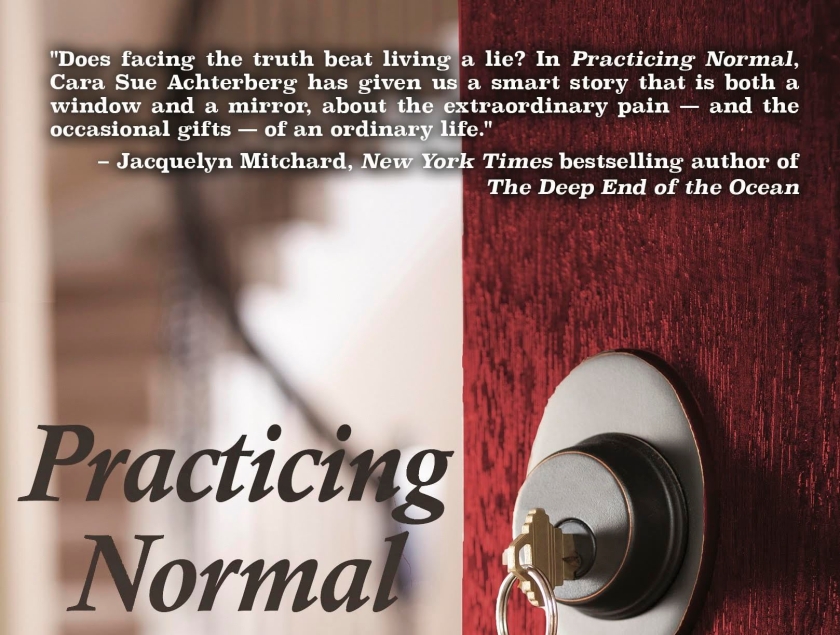 I’ve had my hopes raised and dashed over this story so many times I began to believe it was cursed. Beta readers have told me it’s my best story yet. It’s won contests for unpublished fiction and pitch wars on twitter. I’ve edited it so many times that there’s probably not one original word left in it from the first rough draft. Me and this story, we’ve been through it.

Every rejection we got as my agent Carly pitched it far and wide to the big publishers stung. Some loved the concept, didn’t love the story. Some loved my writing, but the story didn’t work for them or it was too similar to something else on their list or they wanted a different balance between narrators. There were a million reasons but nothing consistent enough for me to rewrite it again. The requests and rejections were endless.

And then Carly said, ‘Enough. Write something else and this can be the next book.”

My former agent, Tina, asks me every time she emails if it has sold. “I love that book so much, I can’t believe it hasn’t sold,” she always says.

This past summer I sat down to begin working on a new manuscript, but I was distracted. I couldn’t let the story go. I asked Carly if she minded if I pitched the book myself to some independent presses, smaller ones that don’t require an agent and don’t offer an advance or have glitzy marketing departments. She gave me her blessing and I began in earnest. I researched and submitted the manuscript to several small presses.

Here’s the thing about small, independent publishers, just like nearly all of corporate America, most all them have been bought up by one of the Big Five (Hachette, HarperCollins, Macmillan, Penguin Random House, and Simon&Schuster). And the small presses that are still around don’t have the reach or the shelf space or the power to buy their way onto bestseller lists with paid reviewers, thousands of advance copies, and big-time media like the Big 5 can.

I get that. It’s cool. I just want this story to see the light of day.

If I’ve learned anything in the last five years, it’s that you don’t get rich writing books. This isn’t about money. This is about a story I believe in.

So, I sent queries and received several requests for the manuscript and then I got back to writing the memoir that was due December 1 and braced myself for the rejections to come.

Alas, maybe this book was simply not destined to be published. Maybe I needed to accept that. No matter, there was plenty else to do as my house was full of puppies and the holiday season was upon us.

Last Tuesday, I finally sent One Hundred Dogs & Counting to Pegasus and told Nick, “Now I can do Christmas,” figuring I’d have several weeks before my editor at Pegasus got back to me with her notes, completely forgetting that my fiction manuscript was still being evaluated by one last press.

And then, just like in any good story, that very night, kind of like a cosmic ‘be careful what you wish for,’ I got an offer from that independent press for my novel!

For the past week, I’ve been negotiating the contract sans agent (a first for me, so I had a LOT of questions) and talking to other authors who have published with this company.

And then yesterday, I did it. I signed a publishing contract for my beloved novel.

Blind Turn, an examination of forgiveness in the aftermath of a fatal texting and driving accident, will be published January 7, 2021 by Black Rose Writing.

Hey, thanks for reading. I know you’ve got lots of options, so thanks for sharing a few of your minutes with me. 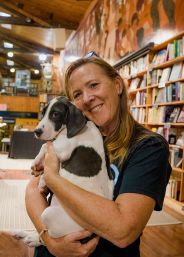 If you’re curious about what I’m up to, check out my website, CaraWrites.com.

And If you’re a dog lover, check out my other blog, Another Good Dog. And if you’re inclined to know what is really happening in the animal shelters in this county, visit, Who Will Let the Dogs Out.

I’d love to connect with you on Facebook, twitter, or Instagram, and I’m thrilled to get email from readers (and writers), you can reach me at carasueachterberg@gmail.com. 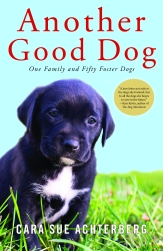 Find out more about the book and everything you wanted to know about fostering dogs at AnotherGoodDog.org!

I am a writer, blogger, and dog rescuer. I live on a hillside farm in Southern York County, PA but my heart is in the mountains of Virginia. Find more information about my books, my dogs, and all my writing adventures at CaraWrites.com. View all posts by Cara Sue Achterberg

4 thoughts on “Careful What You Wish For” 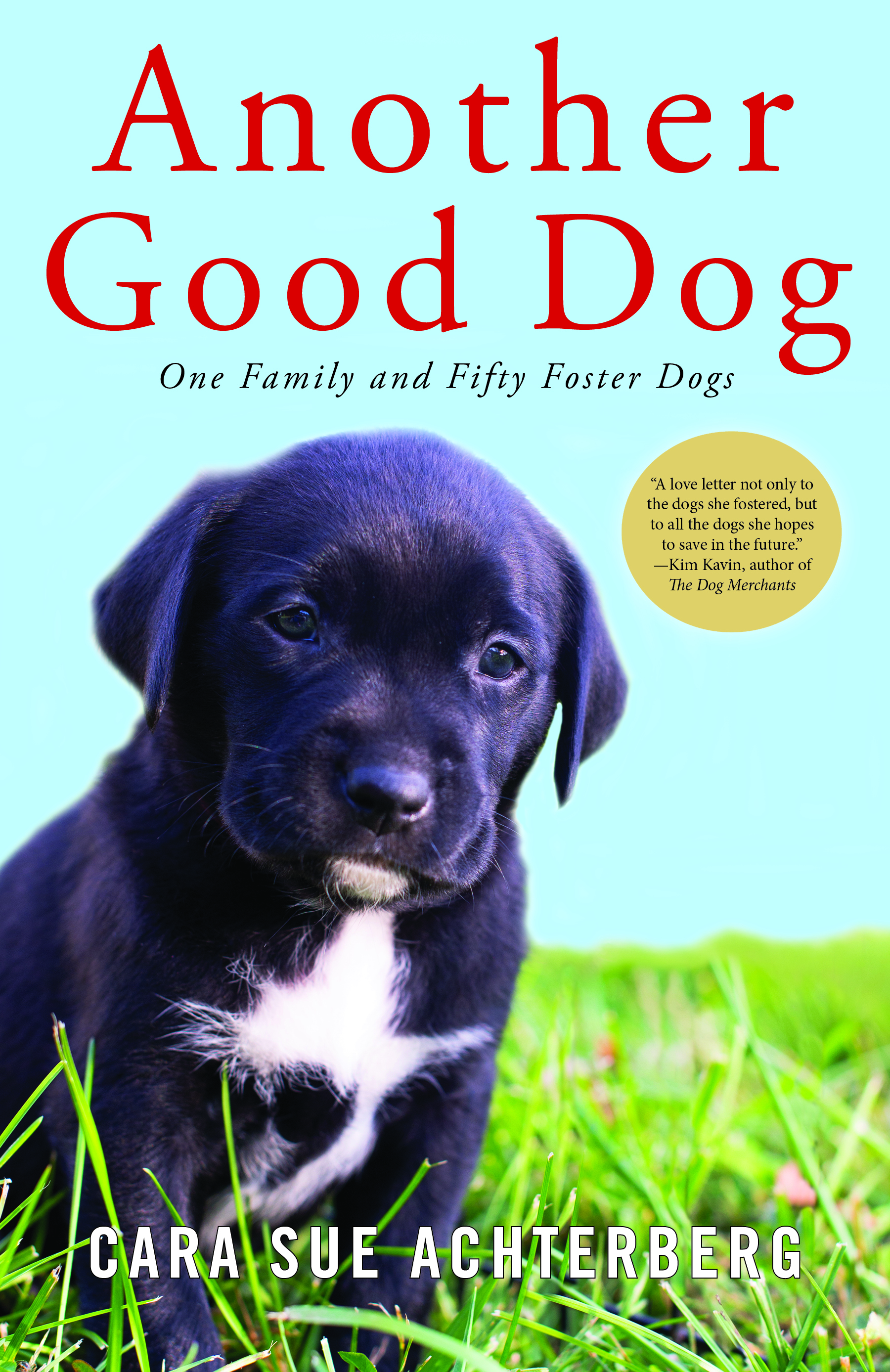