Some words are weak. Plain and simple. These words not only water-down your writing but mark you as a lazy writer.

In the frenzy of a first draft, we toss in these words because there isn’t time to create the perfect metaphor. The story is flying fast and furious and you just need to get the words on the page, darn it. You’ll come up with the right simile or example or label or description later. When you have time. (But who has time?)

Before you know it these words have crept in and claimed their spot like the extra pounds you put on every winter. The rest of the story is so stellar, what’s an occasional weak word?

Editing makes or breaks a piece of writing. Truth.

Search out these words and replace them with more powerful words—words that help the reader see, sense, taste, touch, smell, hear what you’re trying to say. Words that create a clear picture or definite emotion. Strong words.

So what are these words that clutter up your writing?

I’ve listed nine, but there are others. A few adverbs come to mind. Personally, I love adverbs, so I’m not taking shots at them here. The words I’m going after are worse than a clever adverb. These are words that undermine the structure of your prose. Fire up that find feature and I bet you’ll spot your personal favorites in minutes.

Thing. What is it? Animal, vegetable, mineral? Could be. Thing is the vaguest of words out there. Don’t be a lazy writer—name it.

Stuff. Another horribly weak word. What does it mean? Could be anything. Stuff leaves way too much to the imagination. Be specific.

Seem. This is one of my pet words. Seem lets you hedge your bets. It only seems that way, so don’t blame me, I could be wrong. Seem dilutes the power of the word it precedes, and powerful words are so much more interesting to the reader. Go for broke. Either it is or it isn’t, and if you’re convinced it’s somewhere in between, describe why instead of taking the cheater’s route.

That. This one is tough for most of us but read your sentence with the word and without it. If you can cut it, then do.

With: I knew that she would stop by at five.

Without: I knew she would stop by at five.

Felt.  Unless we’re talking about that fuzzy material you used for craft projects in elementary school, avoid this word. If you’re telling the reader how the character felt, you’re not showing them. Find another way.

Not that great, but better: His eyes grew dark as they met hers; it sent a shiver down her spine.

Think/Thought. When writing a character’s thoughts, you can almost always drop the intro. In general, most observations are attributed to your narrator. So unless you’re writing in third person omniscient (and you really shouldn’t), you don’t need to tell the reader the thoughts belong to the character, you can show them by the way you say it or by using italics. Either way, you take out the clunky he thought that slows down the story.

She thought it would take an elephant to move that box.

It would take an elephant to move that box.

The door opened and she thought she saw the woman from the night before sitting at the bar.

The door opened. The woman from the night before sat at the bar.

Walked. Sure it’s fine. We all walk, but how boring is that when a character can strut, stumble, amble, or stroll? Don’t miss an opportunity to say so much with just one word. You cheat yourself when your characters simply walk.

Geraldine walked up the sidewalk.

Geraldine marched up the sidewalk.

Kind of or Sort of. Once again, make a decision. Either it is or it isn’t. I’ve been guilty of using both these phrases, but when I’ve done it, it’s because that’s the way the character speaks. If you aren’t writing as a teenager or timid person than cut them out.

Then. Okay, maybe there’s a time and place for then, but it’s intrinsically weak. It sounds weak. It sounds like a second grader writing their first essay. The cat ran in, then the dog did. Then the mouse did. Then I did….You can do better. You can write better.

None of these nine words/phrases are inherently evil, but if your writing is littered with them, you may want to take a closer look. Weak words water down your writing. They make your prose vague and wishy-washy.  Mealy-mouthed, even. And you wouldn’t want to be mealy-mouthed now would you?

Then people might think that your stuff seems kind of amateur, and that sort of thing can make you feel like walking away from it all.

Hey, thanks for reading. I know you’ve got lots of options, so thanks for sharing a few of your minutes with me.

If you’re a dog lover, check out my other blog, Another Good Dog.

I’d love to connect with you on Facebook, twitter, or Instagram, and I’m thrilled to get email from readers (and writers), you can reach me at carasueachterberg@gmail.com.

I am a writer, blogger, and dog rescuer. I live on a hillside farm in Southern York County, PA but my heart is in the mountains of Virginia. Find more information about my books, my dogs, and all my writing adventures at CaraWrites.com. View all posts by Cara Sue Achterberg

One thought on “Tighten up: Nine words that weaken you writing” 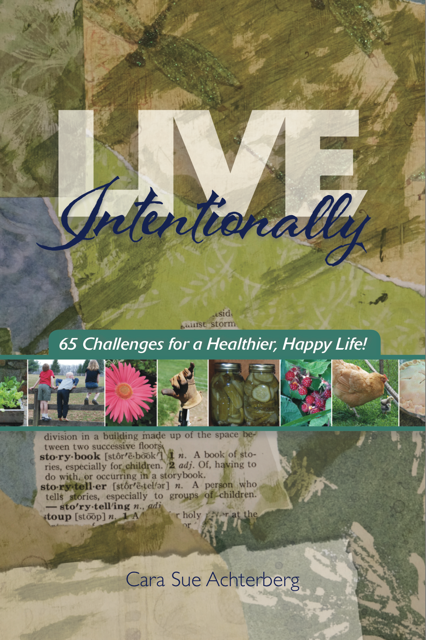